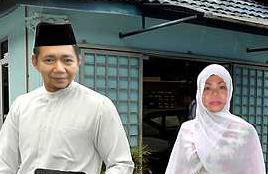 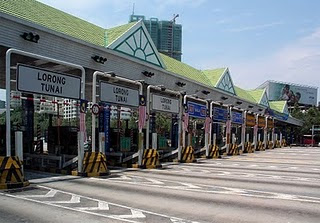 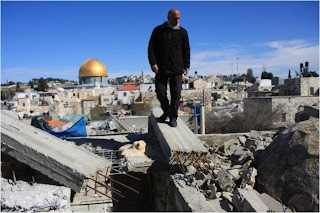 1.       What is the difference between East Jerusalem and West Jerusalem?
East Jerusalem and West Jerusalem are separated by the 1949 Armistice Line, known as the Green Line. During the 1948 War, Israel took control of the western portion of Jerusalem, expelled Palestinians from their homes and lands, and expanded its territorial control to include a significant portion of the territory that was intended for the Arab state under the 1947 United Nations (UN) Partition Plan. The West Bank, including the eastern part of Jerusalem, fell under Jordanian control until 1967, when Israel occupied them, an occupation that persists to this day. At present, no country recognizes any part of Jerusalem as the capital of Israel.
2.       Is East Jerusalem considered occupied territory under international law?
Yes, as a result of the 1967 War, the entire territory of the West Bank and the Gaza Strip, including East Jerusalem, fell under Israeli occupation. Following its occupation of the city, Israel unilaterally expanded East Jerusalem’s municipal borders from 6 square kilometers to 72 square kilometers. Within these new borders, Israel incorporated large tracts of adjacent West Bank land and applied Israeli law, administration and jurisdiction, thus annexing occupied territory in gross violation of fundamental principles of international law prohibiting the acquisition of territory by force. The UN Security Council declared the Israeli annexation null and void and reiterated the status of East Jerusalem as occupied territory under international law1. Protections granted under international humanitarian law to the occupied Palestinian territory and Palestinians living therein apply equally to East Jerusalem and the rest of the West Bank and the Gaza Strip. Thus, under international law, any Israeli claim to sovereignty over East Jerusalem holds no validity.
3.       Why is East Jerusalem significant for Palestinians and crucial to the viability of a sovereign and independent Palestinian state?
In addition to Palestinian rights over East Jerusalem guaranteed by international law, Palestinians have concrete needs and interests. East Jerusalem is the natural socio-economic and political center for the future Palestinian state, given its wealth of religious sites, commercial vitality, historical significance, and geographic centrality (it geographically connects the northern and southern parts of the Palestinian territory). Metropolitan East Jerusalem, extending from Ramallah to Bethlehem, accounts for 35% of Palestinian economic output.
4.       Israel claims both East and West Jerusalem as its ‘eternal and undivided’ capital, how can these two positions be reconciled?
The international community, including the UN, the United States and the European Union, do not recognize Israel’s illegal annexation and claim of sovereignty over Jerusalem. Contrary to Israel’s exclusionist vision for the city, which maintains that Jerusalem would be the exclusive capital of Israel and would restrict access to Jerusalem, the Palestinian Liberation Organization’s (PLO) vision is that of an open and shared city, housing two capitals for two states—Israel and Palestine. The PLO is committed to respecting freedom of worship at, and access to, all sites of religious significance within Jerusalem. All possible measures will be taken to protect such sites and preserve their dignity. Moreover, the PLO is willing to consider a number of creative solutions, as long as they are in Palestinian interests and in line with international law. 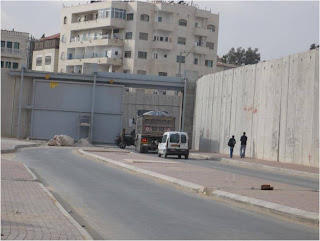 Wall in Northern Jerusalem
5.       What is the legal status of Palestinians in East Jerusalem?
After 1967, Palestinians living in Jerusalem were given the status of “permanent resident.” Under this status, Palestinians are able to live and work within Israel without a special permit; similar to the status granted to immigrants to Israel. However Israel treats the indigenous Palestinian population of East Jerusalem as visitors with temporary permits and residency revocation has become a regular practice, forcing many Palestinian residents out of their city and homes in Jerusalem. According to Israeli human rights organizations, more than 13,000 “permanent residencies” were revoked between 1967 and 2008.2 Half of these revocations occurred between 2006 and 2008.3
6.       Why have Palestinians asked for a freeze on settlement construction in East Jerusalem?
In an attempt to maximize contiguous territory for illegal Israeli settlements with minimal Palestinian presence, and to territorially isolate Jerusalem from the remainder of occupied Palestinian territory, Israeli authorities continue to advance and approve the construction of illegal settlements in and around occupied East Jerusalem. Extensive settlement planning is taking place around four settlements in particular: Har Homa and Gilo in the South, Maale Adumim in the East, and Givat Zeev in the north. Additionally, in order to offset the demographic imbalance in East Jerusalem, Israeli policy makers, along with settler organizations, are creating an arc of settlements around the Old City stretching from Sheikh Jarrah to the “City of David” settlement in Silwan. The result of such illegal settlement construction has been to increase the almost negligible pre-1967 Jewish population to over 190,000 in East Jerusalem. Recent estimates indicate that some 50,000 settlement housing units are in various stages of development in and around occupied East Jerusalem.4 These Israeli polices stand in clear violation of international law, in particular the Fourth Geneva Convention, which prohibits settlements in an occupied territory.
Further, since 1967, Israeli authorities have systematically carried out demolition orders against Palestinian homes in occupied East Jerusalem. The main purpose of the house demolition policy is to dispossess Palestinian families from East Jerusalem in an attempt to alter the demographic nature of the city. Estimates indicate that more than 3,200 houses have been demolished since 1967, including several historic and religious sites, such as the historic Moroccan Quarter in the Old City. According to the Palestinian Central Bureau of Statistics, 87 Palestinian houses were demolished in 2008 and 103 in 2009. The house demolition policy is planned to continue as hundreds of pending house demolition orders indicate, including plans to demolish over 100 Palestinian homes in the Al Bustan neighborhood of Silwan.
7.       Are Palestinian East Jerusalemites able to build and do they have access to land like their Israeli counterparts?
No, in fact, while the Israeli government supports a continued occupation of East Jerusalem, it has imposed severe restrictions on Palestinian East Jerusalemites to obtain building permits. These restrictions on building, and the scarcity of land designated for Palestinian development (the Palestinian population in East Jerusalem represents 58 percent of the total population but lives on only 13 percent of the total 72 km² of the East Jerusalem municipality area), combined with the influx of Palestinians who return to Jerusalem in order to preserve their residency status, have caused overcrowding to become a major problem in many Palestinian areas of East Jerusalem. In 2008, the average housing density per room was twice as high as among Jews, and the problem continues to be compounded. 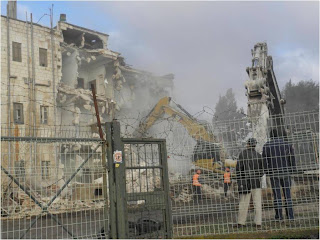 Further, since 1967, Israeli authorities have systematically carried out demolition orders against Palestinian homes in occupied East Jerusalem. The main purpose of the house demolition policy is to dispossess Palestinian families from East Jerusalem in an attempt to alter the demographic nature of the city. Estimates indicate that more than 3,200 houses have been demolished since 1967, including several historic and religious sites, such as the historic Moroccan Quarter in the Old City. According to the Palestinian Central Bureau of Statistics, 87 Palestinian houses were demolished in 2008 and 103 in 2009. The house demolition policy is planned to continue as hundreds of pending house demolition orders indicate, including plans to demolish over 100 Palestinian homes in the Al Bustan neighborhood of Silwan.
8.       What is the impact of the Wall around Jerusalem?
With the ongoing illegal construction of the Wall in and around occupied East Jerusalem, Palestinian access to Jerusalem has become increasingly difficult as the Wall has become a de facto (albeit non-recognized) Israeli unilaterally imposed border. The Wall, most of which has been completed around occupied East Jerusalem, is being used to consolidate and expand Israel’s hold on Palestinian land in order to facilitate further settlement expansion. It also serves to physically and functionally sever the northern and southern West Bank. One of the immediate implications of Israel’s policy was and remains the prevention of four million Christian and Muslim Palestinians from accessing their holy sites and places of prayer located in occupied East Jerusalem. Moreover, the Wall has fragmented the Palestinian social fabric and disconnected up to 60,000 Palestinian residents of Jerusalem from their city, as they were left outside the Wall. Consequently, the closure and the Wall severely limit trade and commerce in, through and around Jerusalem. Palestinians are cut off from schools, universities and specialized medical care. The Wall fragments Palestinian communities and isolates residents from their families and from vital social support networks. 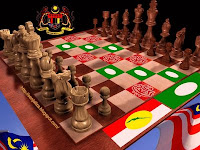 Email ThisBlogThis!Share to TwitterShare to FacebookShare to Pinterest
Labels: Perutusan 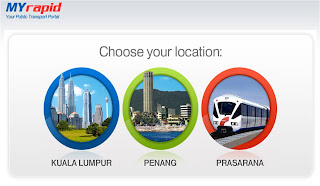 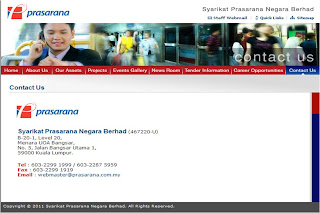 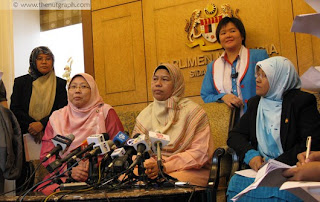 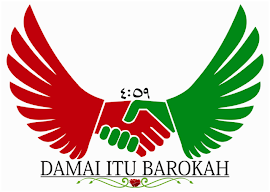 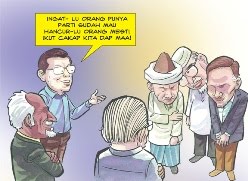